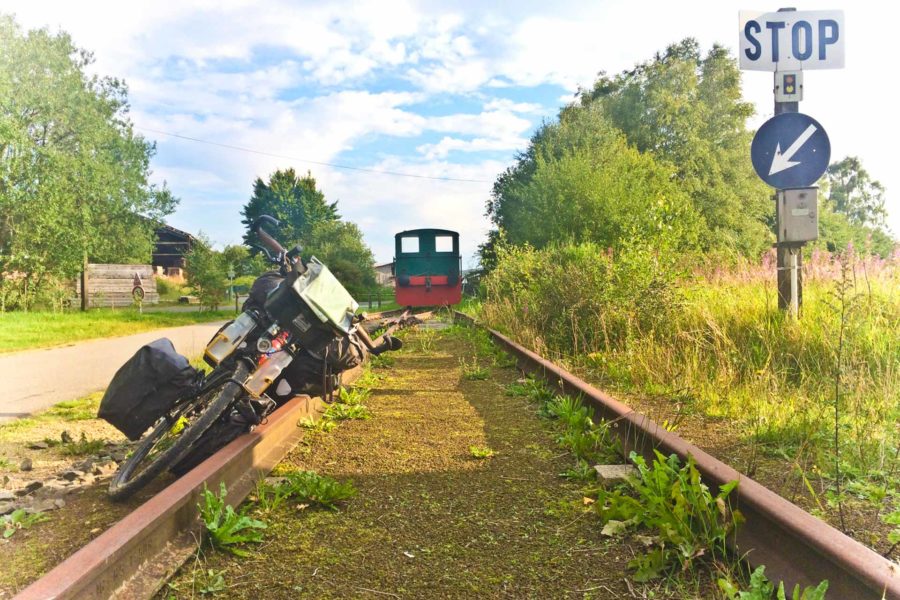 A great cycling trip around the BeNeLux and a bit Germany (Belgium, Netherlands, Luxembourg & Germany)

Started from our home city Almelo we cycled south to Belgium and Luxembourg via the great city of Maastricht.
From Luxembourg we cruised back north via an old railroad track, The Vennbahn.
This former railway line is running through three countries: from Troisvierges in Luxembourg through the German-speaking part of Belgium and via Monschau to Aachen in Germany.
From the deep south of The Netherlands we cycled back home through the Dutch flatlands, big rivers following.

On our way we used also a Live Tracker: 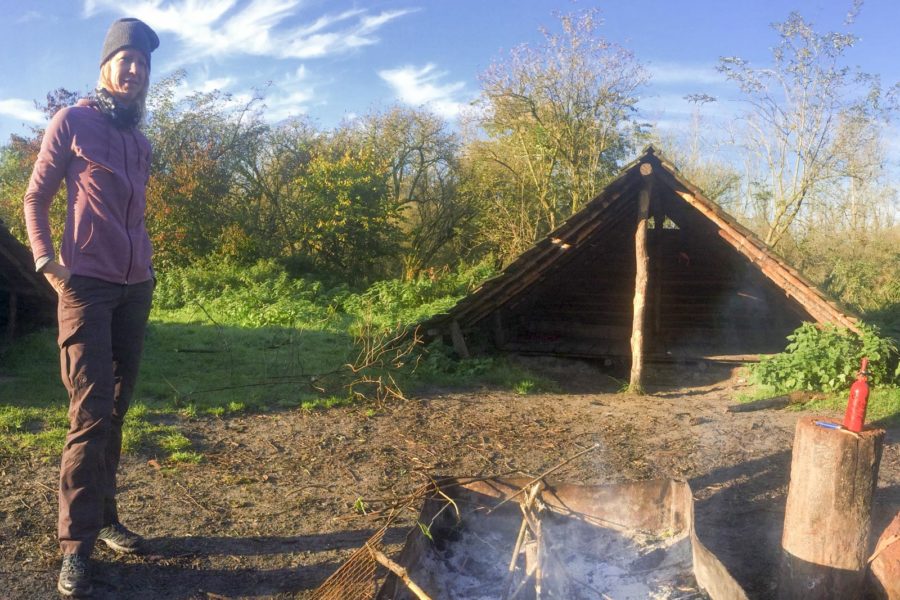 In Belgium, Europe, The Netherlands

If you search Google for free camping into the wild without standing on an official campsite, then almost every European country is against it, being illegal and therefore not allowed. Of course, on the various forums on the internet a lot of people tell you if you’re deep enough in the woods, you do not fire, you leave no waste, and especially you do not wildcamp in the official national parks it’s ok and you wouldn’t be caught by the officials. But still; It remains illegal. In the Netherlands for example they give you a fine of 120 euros.

In the Netherlands and Belgium it’s not much different. Still if you know the well hidden places it is possible to camp in these countries in wild nature for free and 100% legal!!

In the Netherlands we know Polecamps (Paalkamperen in Dutch). In Belgium we know the so-called Bivakzones.

Polecamps and Bivakzones are a legal form of wildcamp in the Netherlands and Belgium. In specially designated locations (often marked with a pole or pump), it is allowed to wildcamp under certain conditions. Many Polecamp site locations are owned by State Forestry (Staatsbosbeheer), but there are also a number of polecamp site locations from other organizations. The Belgian Bivakzones are managed by Nature and Forest. (Natuur & Bos)

The locations themselves are very primitive and often do not represent much more than a piece of lawn or forest with only a pole and a water pump. On the pole are the rules of residence and a pump of water is only available on limited places. For the rest there is nothing. No power, no toilet or shower and no trash can. So you must be 100% self-sufficient and take your own waste again.
Because you are very close to nature, or even in the middle of it, open fire isn't allowed either. note: we found one where fire is allowed. Sitename: Campanula

As I said, these sides are primitive and back to basic but also very adventurous and close to nature in it’s full glory.

Unfortunately, few people are familiar with the so-called Polecamps and Bivakzones. (That’s why we wrote down this article). This adventure opportunity is therefore hardly used to enjoy the Dutch and Belgian nature. The camp sites shown the diversity of the Netherlands and Belgium in a special way. There are camp sites in forests offcourse, but also in the polder landscapes. The camp sites can lie along wide rivers and on open fields, near historic windmills and on the defense lines from old wars fighted long time ago…

In summary, the following rules apply on the sites in both the Netherlands and Belgium:
On most sites, you may stay for a max of three days, sometimes there is a maximum of 24 or 48 hours. Open fire, leaving waste or digging pits is not allowed. Rules related to horses and dogs vary by area, but dogs usually have to be lined up and horses are not welcome. Do not disturb the environment and leave no trace of your stay.

Ourselves we camped on a few sites:

The weather is getting better and better… spring is knocking on the door. Time to make new plans for a new cycling trip.

Because this summer is our last chance to make a longer trip for testing our gear and ideas for our Alaska – Patagonia Expedition, starting next year may, we’re planning a trip in the same way; Biking, Hiking, Camping…

The route we’re planning to follow will lead us through the Belgian Ardennes, the German eifel district and Luxembourg. Not as many kilometers as we made last year on our Basel – Rome trip but we’re planning some hiking as well. We also don’t plan to do any charity projects this year. 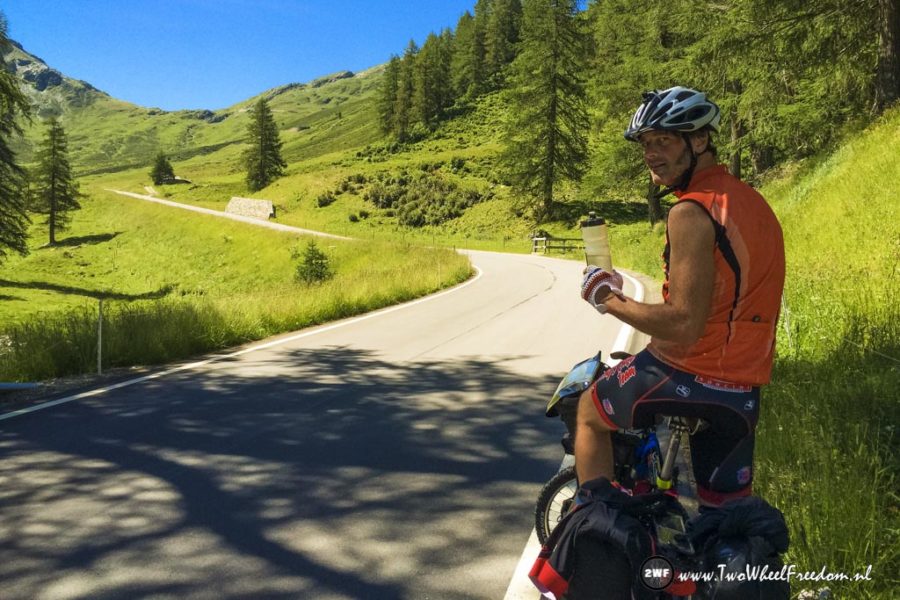 “Basel to Roma” The Pictures

The trip is done, the stories are told and the many thanks for our charity project are made. All what's left are nearly 600 pics...

A Road trip through France, Andorra and Spain. Through Belgium and France.

On our way to Southern Europe we normally take the highway through the Netherlands, Belgium and France, this time we decide to do it different and drive the smaller country roads just because they’re more fun to ride. This idea takes us to some nice places, but we also discover that Northern France is boring and monotonous to drive through. And even more important, it takes too much time. We agree with family in Spain to visit, so we have to keep in mind a bit of a schedule. After a two day drive we still didn’t pass Paris. Things have to change if we want to be in Spain on time.

We decide to do it differently and in the end we find ourselves taking the highway cruising south, down to Royan where we can take the boat to the province of Aquitaine. With its capital Bordeaux, the city worldwide known for its fine wines.
However, we’re not here for the good wines, but for the beautiful weather and good surf on the Atlantic waves of the Bay of Biscay. 200% chill mode is definitely on 🙂

Motor driving in the Pyrenees, not a single kilometer of the road goes straight ahead. Check the winding roads in our rollercoaster video below.

Our route through the Pyrenees runs from the Atlantic coast in the west to Barcelona in the east. I just give you a few catch-words for an impression what it is like: Camp illegal in the wild, cross beautiful Andorra, visit remote authentic villages, find cows on winding mountain roads and count millions of stars at night.
Sightseeing Barcelona

Founded as a Roman city in the Middle Ages now a days the city of Barcelona is home to nearly two million inhabitants. Located on the Mediterranean, with the Costa Brava in the north and in the Costa del Garraf in the south, Barcelona is a popular city to visit and to live in. We cross the city at high speed with our two wheel freedom machine and continue on foot for this beautifull city. We eventually end up on the beach…

We go on family visits, near Barcelona, for socializing and a nice glass of wine and of course to bake legendary Dutch pancakes, despite that it was a challenge to find the right ingredients.
Colorful Barcelona Market

Probably Barcelona’s best-known market, ideally situated just off La Rambla, makes this market a can’t miss must see. This market is an assault on your olfactory organ with odors from fish to fruit. The sold food items ranging from ready- made salads of fresh fruit for the weary tourist to still moving crabs and lobsters that are literally right out of the water (maybe you want a whole sheep’s head !?). Not to forget the candy colored stalls that work like a magnet for any child (or adult!).
Sightseeing Paris

Just like all the other nice things this road trip to Southern Europe comes to an end. Holland is calling again and we have to head north, but we have one nice last thing planned for our way back. Paris…
Au revoir Paris.

Thanks for reading, see ya next time…